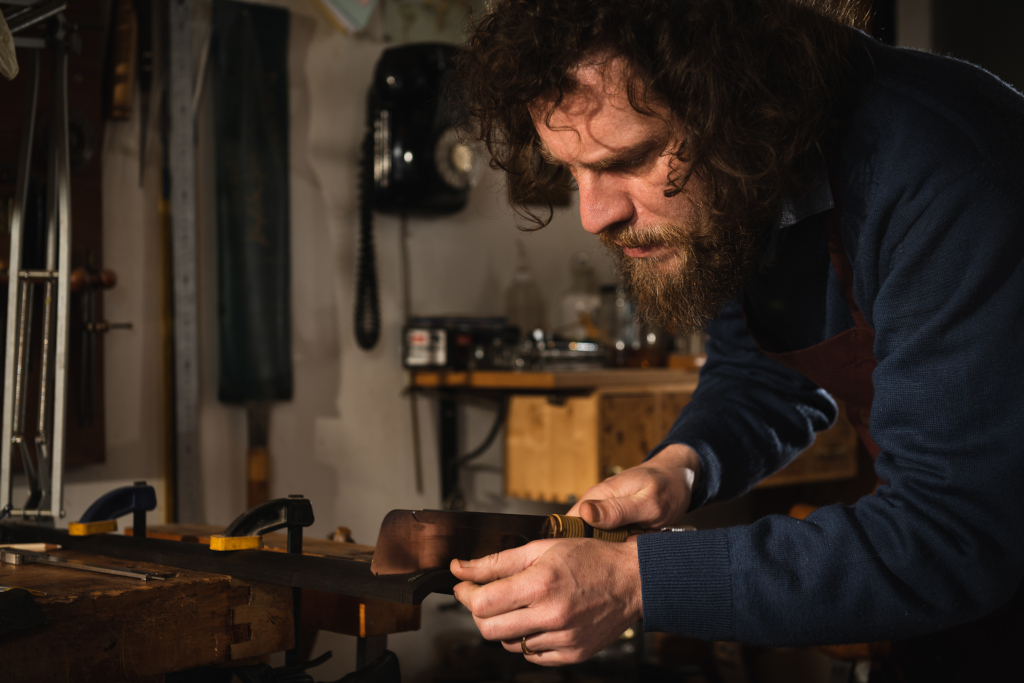 Was born in Barcelona in 1976. At the age of 18 became an apprentice at the “Escuela de Luthería de Málaga”, where his passion grew stronger thanks to his master José Ángel Chacón.

At the age of 20 became a student of the cremonese school, achieving his degree as master luthier in 1999. Among his teachers he highlights M. Tadioli, G. C’è, M. Negroni, E. Gorg and E. Slaviero.

In 2002, after 6 years in Italy, settled down in Barcelona, in the Gràcia neighbourhood, near Park Güell. Michigan
Anthony DiMambro has been an active restorer of bows for nearly 16 years and has taken on bow making as of 2015. He spent several years doing bow restoration full time at a major violin shop in the mi
More Details 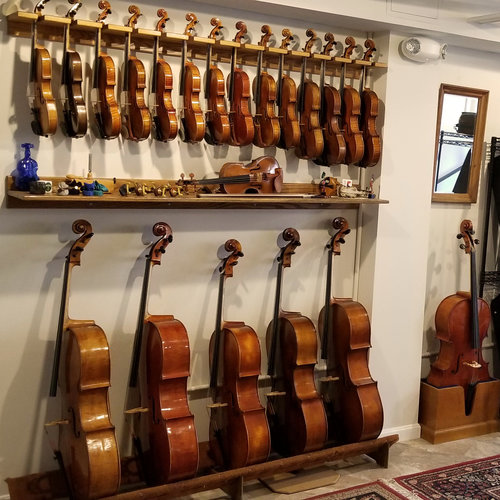 Massachusetts
Christian Schabbon initially trained as a cabinet maker in Berlin. He joined the Milanese Violin making School, graduating with best marks. During this period he also made  instruments in his own wor
More Details

Massachusetts
Among our collection of twenty fine cellos are makers from Cremona, Naples, Milan, Florence, Venice and the major European schools. Some of these cellos have been loaned to players for competitions an
More Details Kansas
Amos Hargrave began his violin making career in 1974 at the Violin Making School of America in Salt Lake City studying under Paul Hart and Peter Prier. Upon graduating in 1977, he continued in the wor
More Details 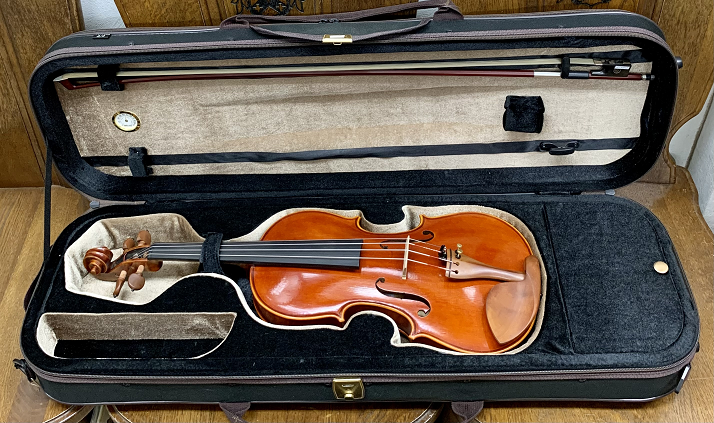 Iowa
We take the confusion out of renting/leasing an instrument by only providing premium, professionally set up rental instruments. With exceptional value pricing on our violin, viola, cello and string ba
More Details 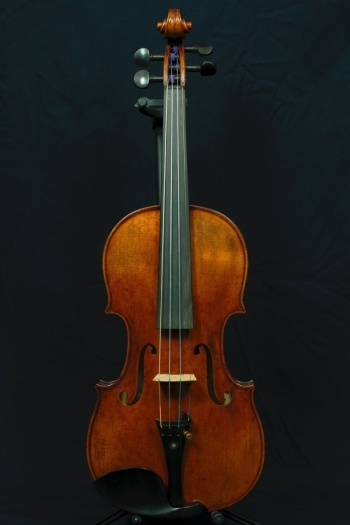 Indiana
We are excited to be serving the public with a full service shop, featuring violin repair and restoration, including bows.We also sell new instruments from Beginning Student to Advanced Player and Res
More Details

Indiana
Led me to Boston, where I worked alongside Roger Johnson, in their string repair department. Returning to Bloomington in 1984, I founded my current business: Mark E. Russell Violins, where I became ac
More Details

Illinois
Our location in Batavia (on the border of Batavia and West Chicago), has 3,000 square feet that houses our inventory of Instruments and Bows, our Workshop (where we Repair, Restore and Make Instrument
More Details 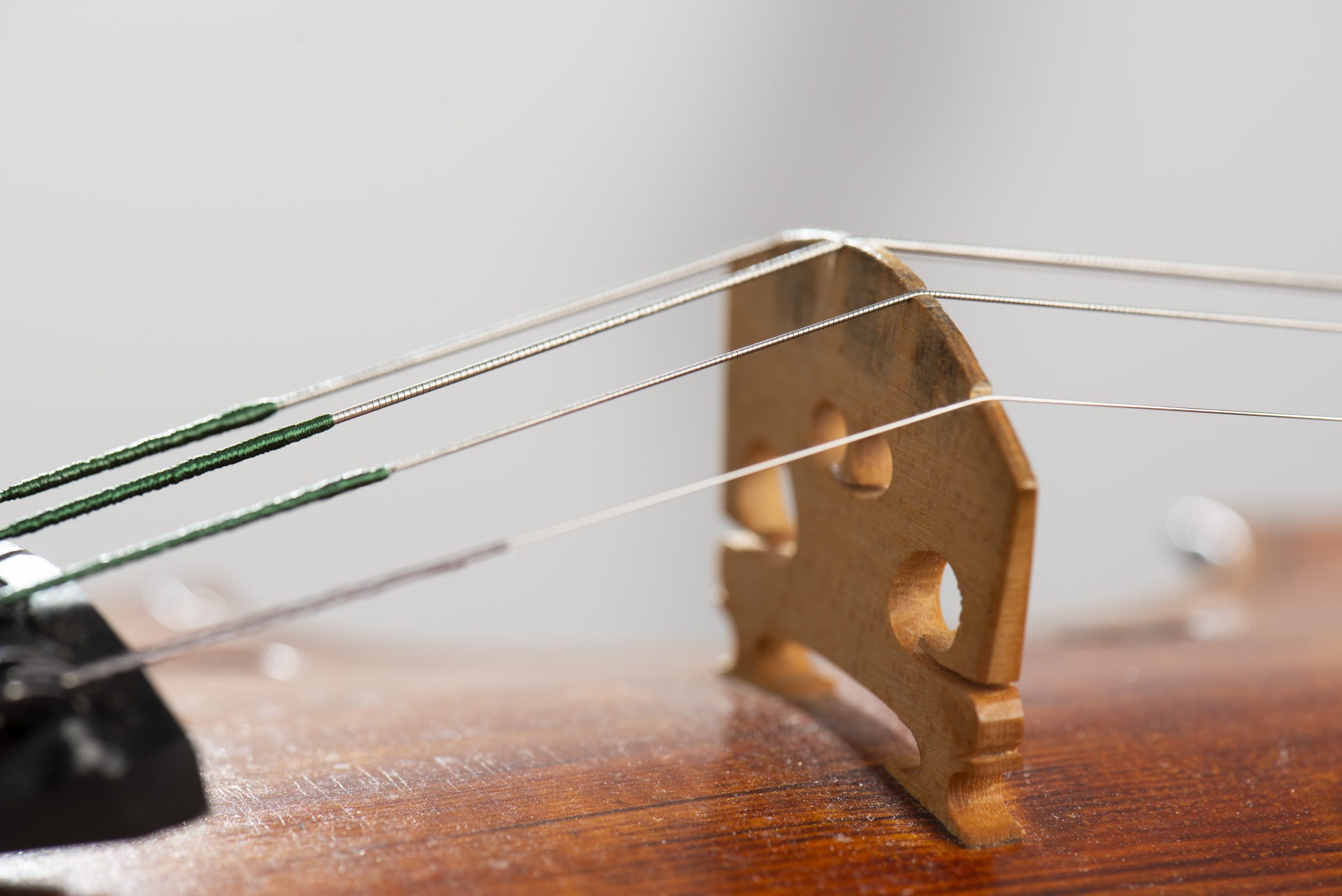 Illinois
Augustino began his violinmaking education in Chicago at the Kenneth Warren & Son School of Violinmaking and in restoration and repair at Bein & Fushi, Inc. under the guidance of William Webst
More Details
Leave Comment
Close